Creating an Integrated Bridge System UI for GE Marine
As part of a larger team, I was involved in the development of a new integrated bridge system for GE’s Marine division. The proposal entailed a redesign of both the modular units that comprised the ship’s control system as well as a novel User Interface for maritime use.

Although I contributed some initial concept designs for the consoles my primary role was the creation of the icons, visual elements and overall UI for the bridge system. This was a highly collaborative act, between our internal team of designers and engineers as well as interdepartmental global teams from GE.
My Role
Research and analysis
Concept generation
CAD Modeling / Rendering
UI design 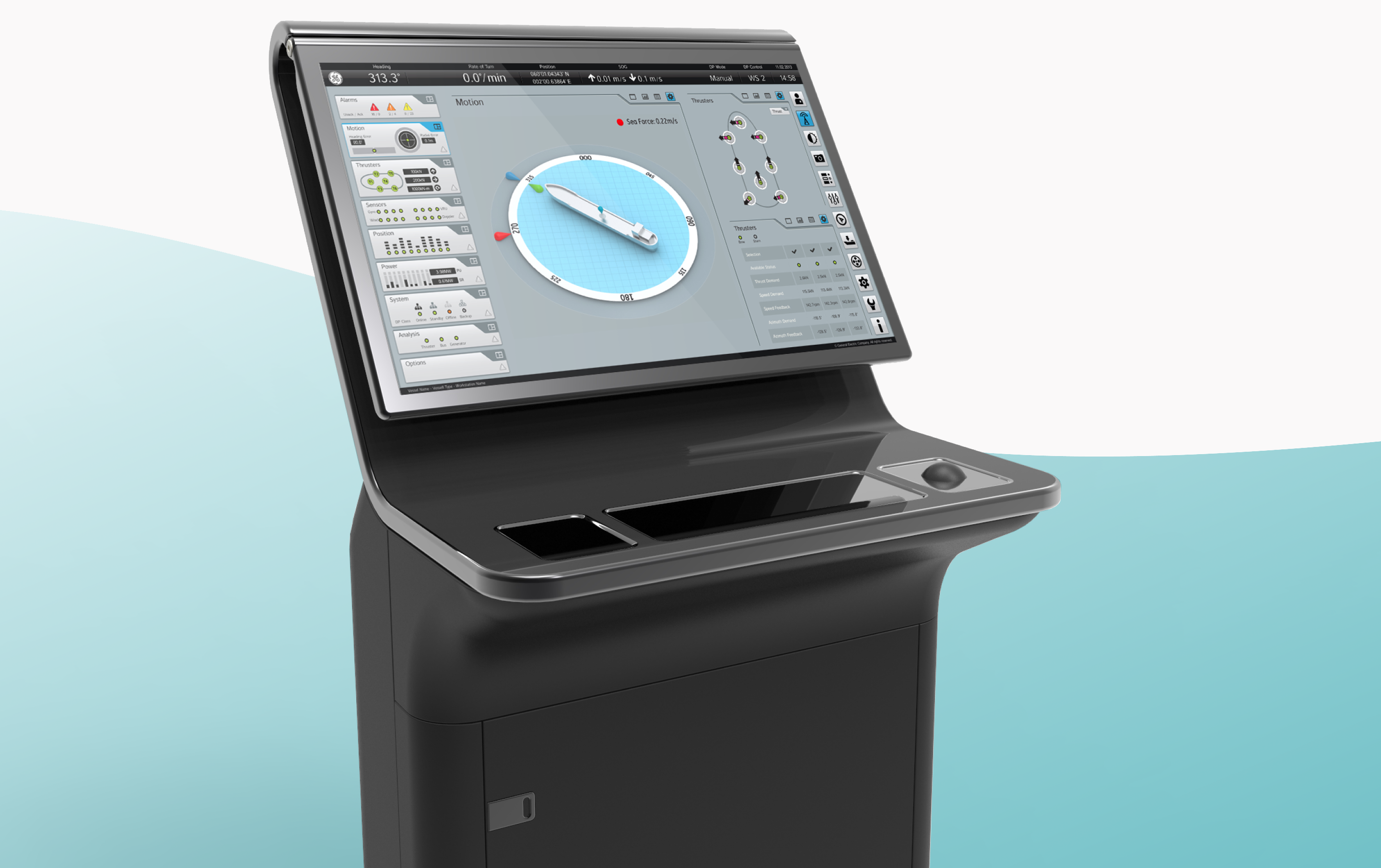 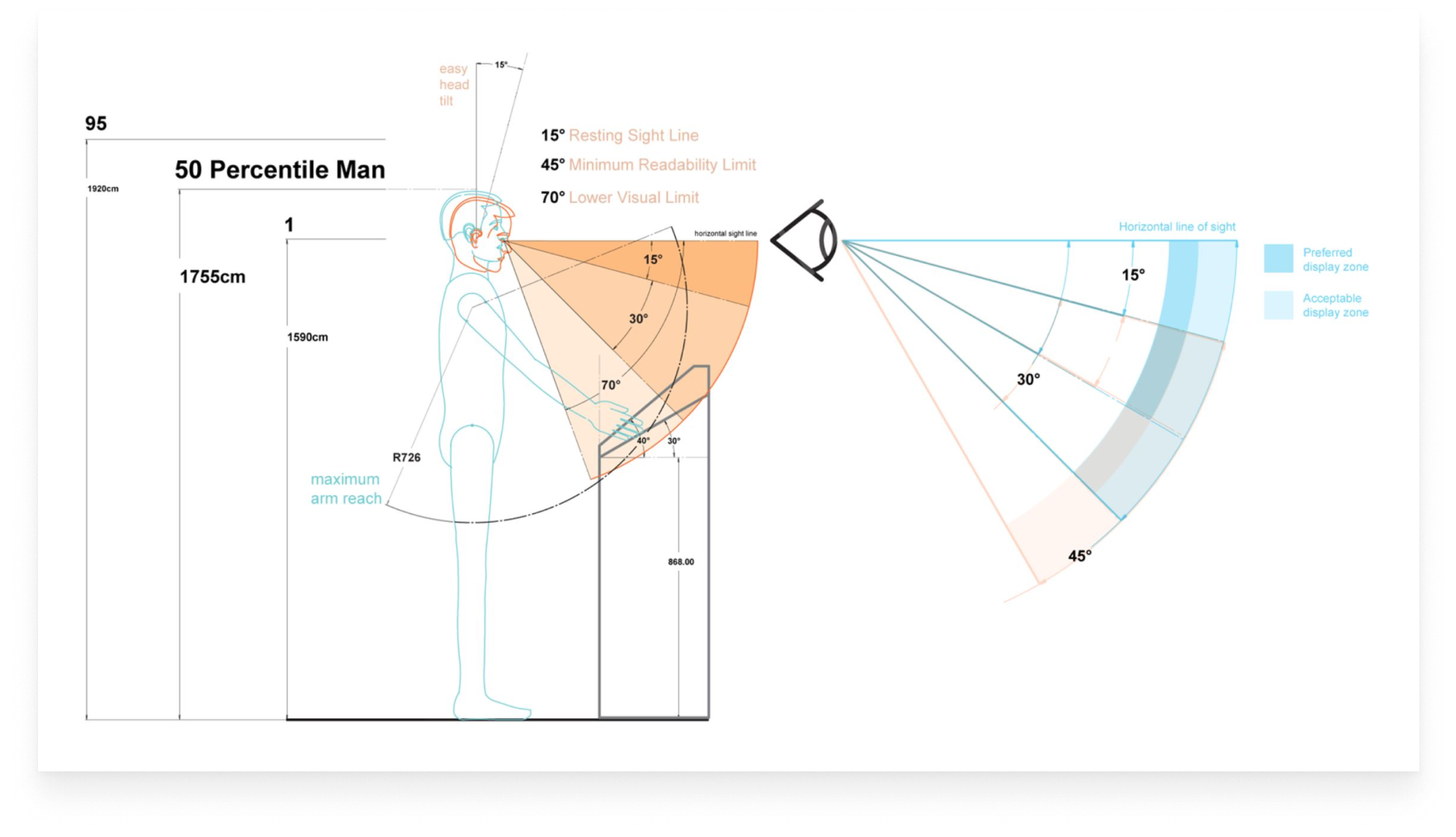 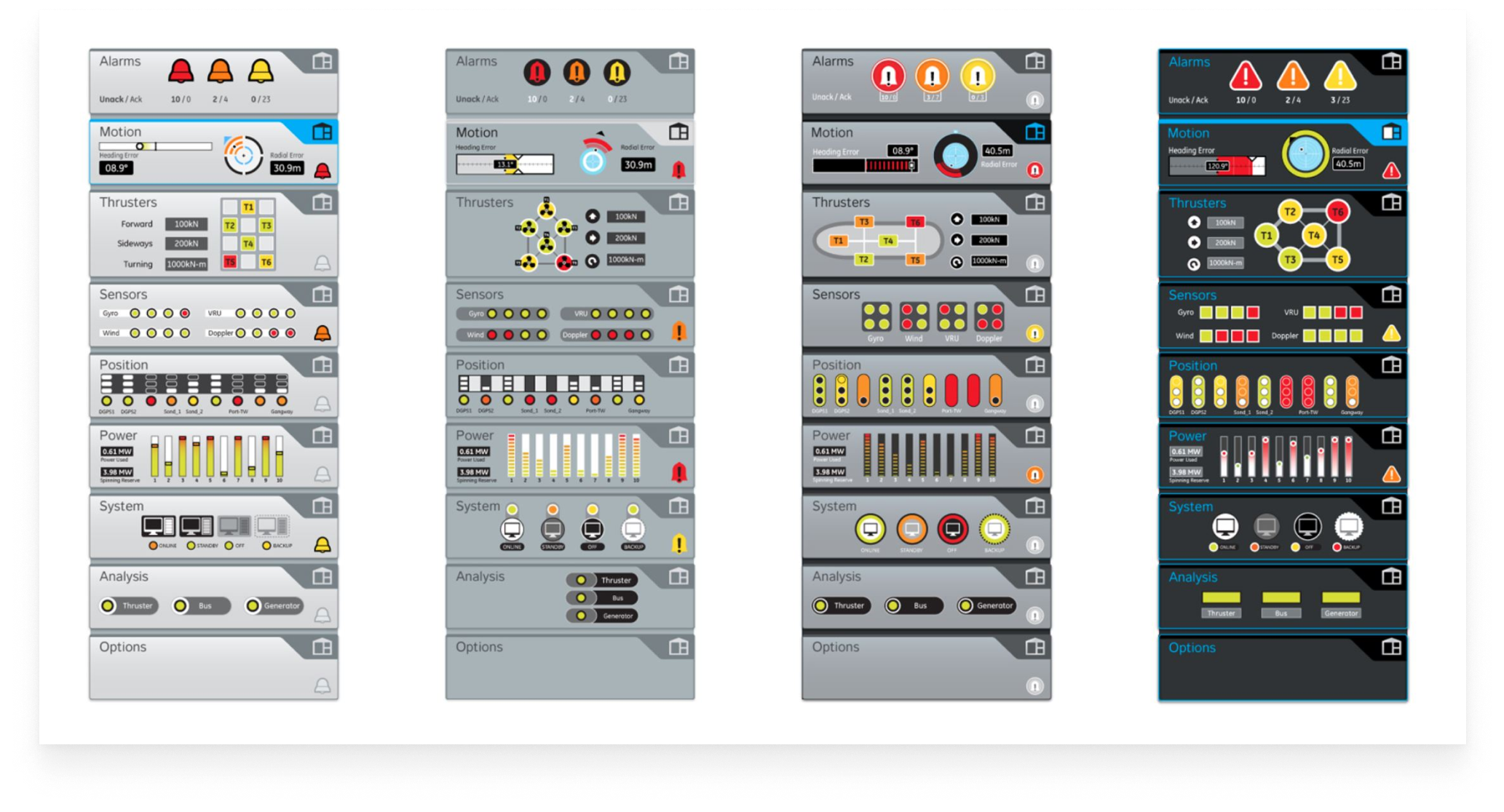 The user interface had to provide a clear, instant picture of the overall condition of the vessel and also be able to expand areas into more in-depth information at the operator’s request. All the elements were designed for two modes of lighting, daylight and nighttime. In the night mode the user interface would switch to a very low contrast / muted color version that would preserve the night vision of the crew. 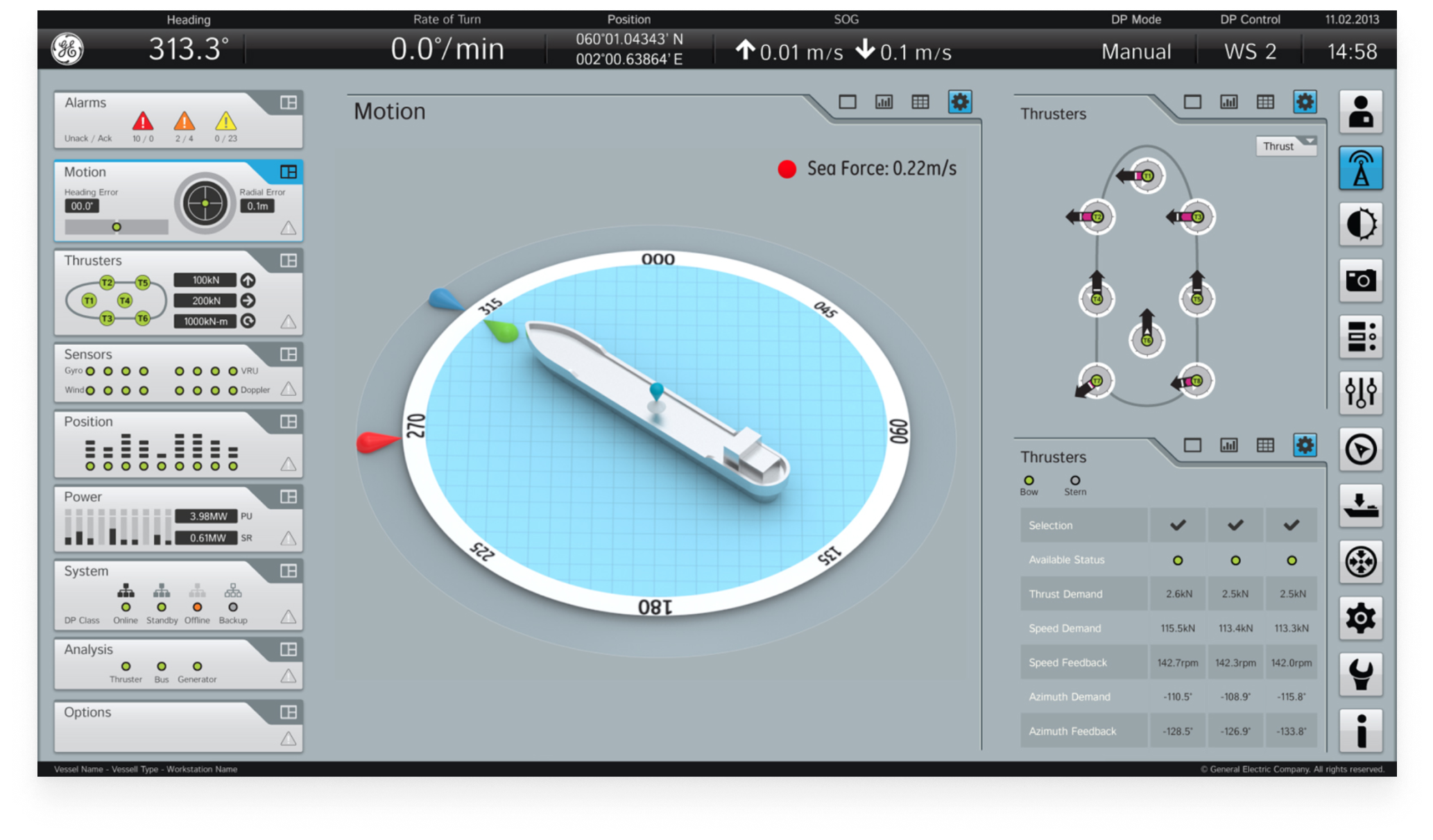 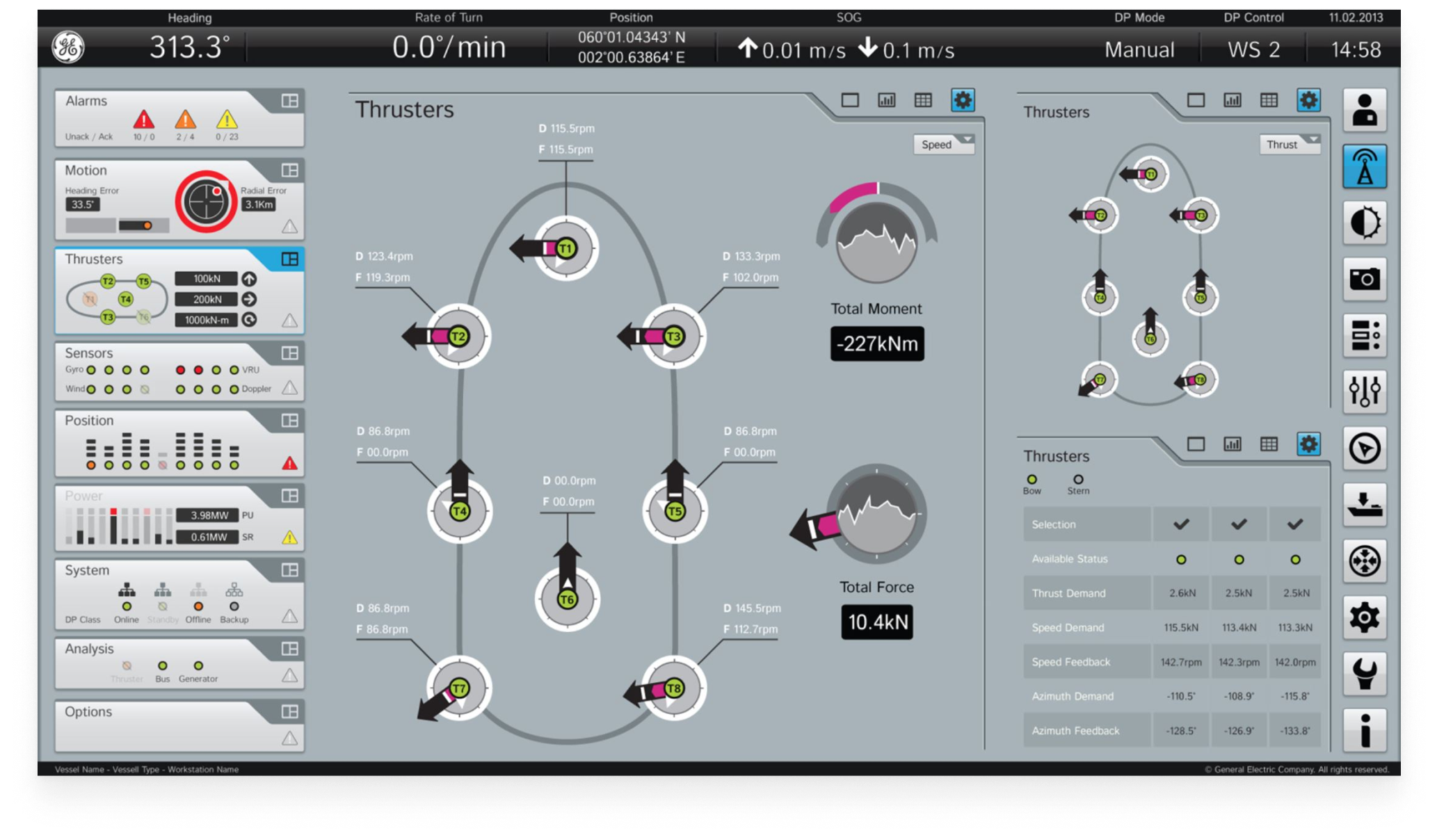 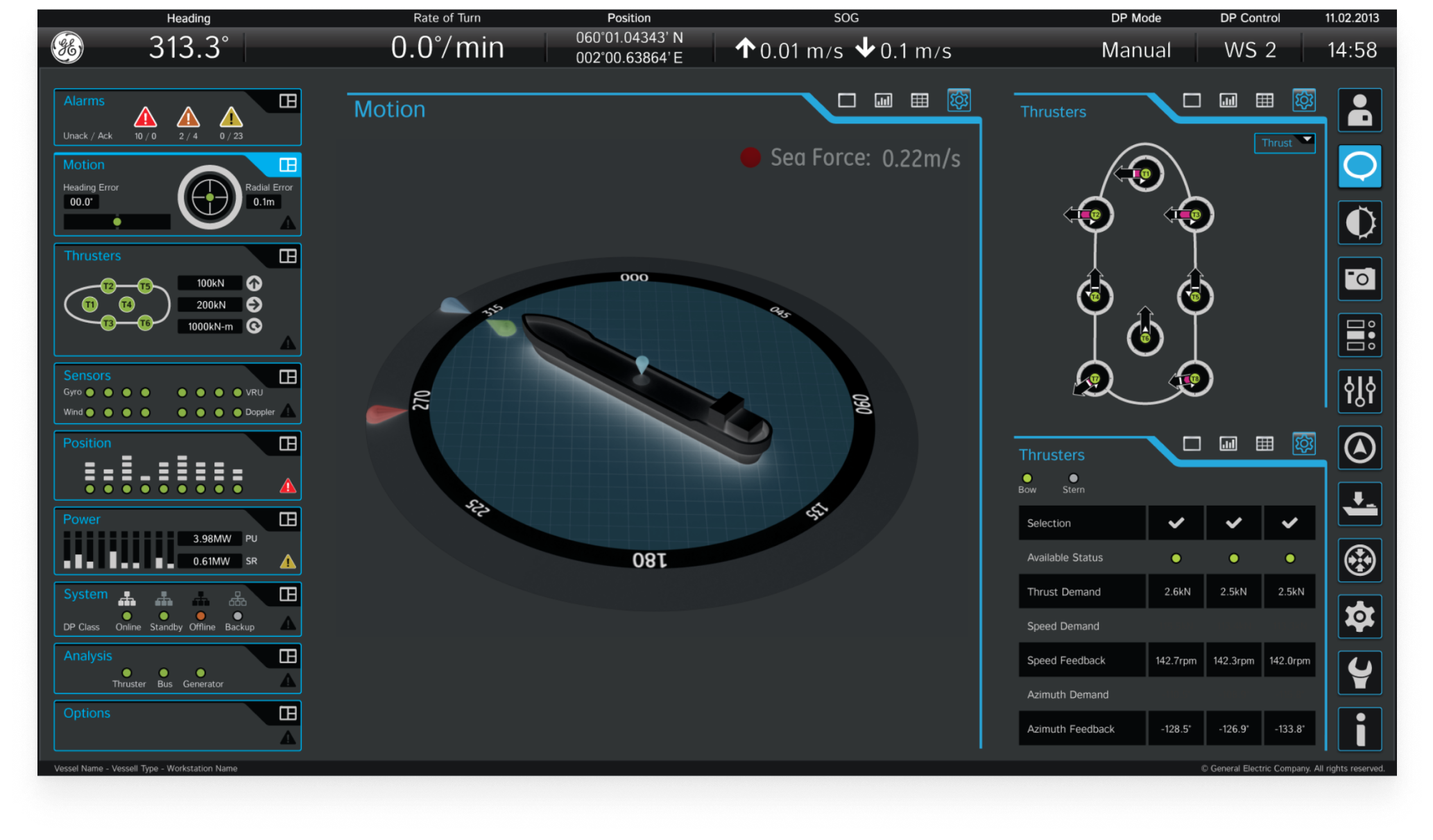 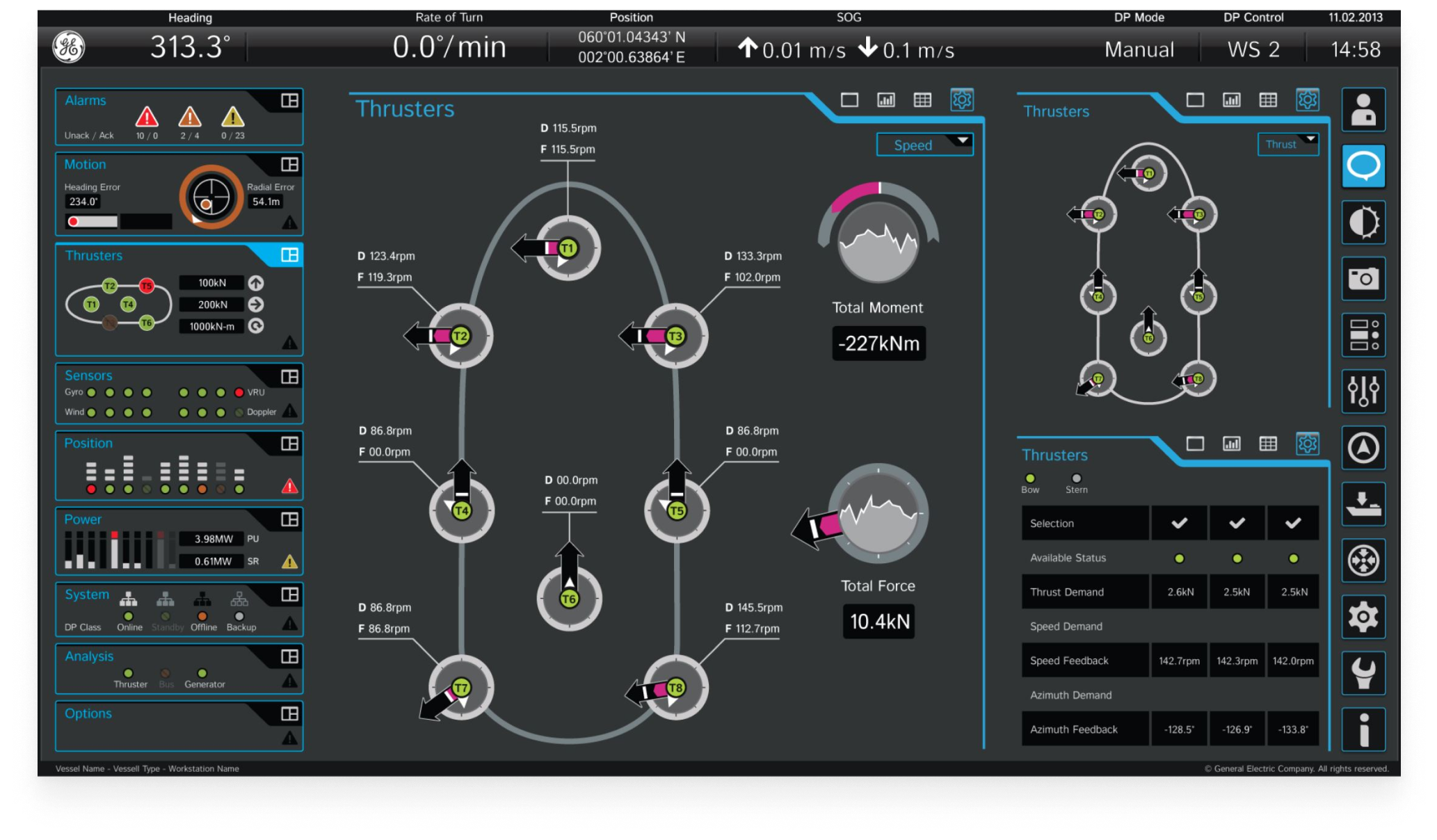 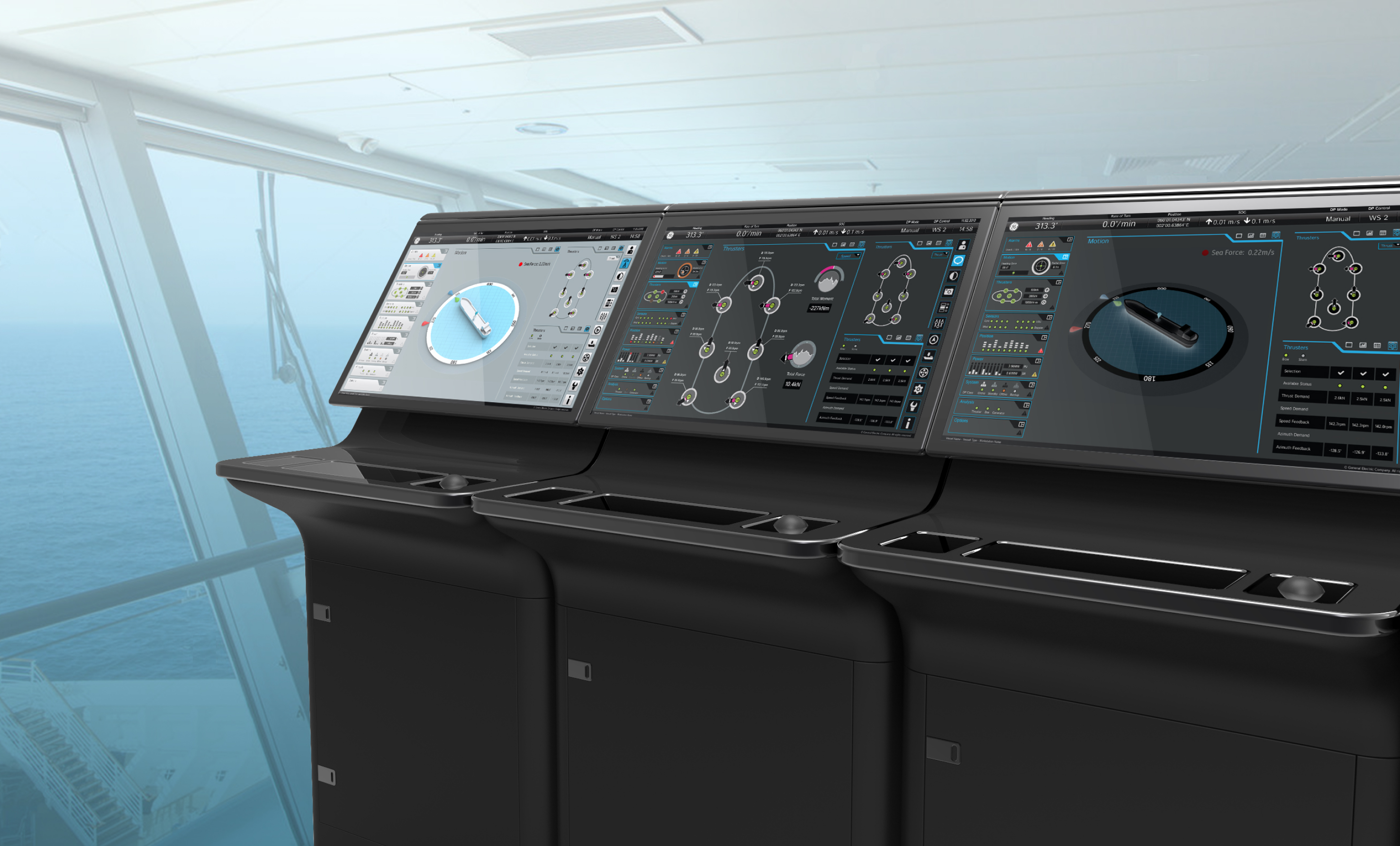